You are here: Home / Writing / Writing to Connect: Showing Up as Human

When my book The Writer’s Process was first published almost five years ago, it had a rocky launch into the world. A professional reviewer gave it a terrible review, basically questioning why anyone would want to read a book like this.

They also criticized my writing, calling the prose lugubrious. Ouch!

That review was an all-you-can-eat buffet for my inner critic. As a new author, I had to work my way past it. (Happily, the book has found its audience of people who do, in fact, want to read it. Now, I find the episode both funny and educational.)

The story of that negative review appears in my most recent book, Get the Word Out, in a chapter on “Dealing with Detractors.”

I thought long and hard about including it. Would sharing this terrible review undermine my authority as a writer and author?

To put this in context, I fully endorse the idea of showing up as a fallible human being in your writing. There’s a chapter titled “Credibility, Humanity, and Humility” in Writing to Be Understood. I understand and preach the theory.

But advising others and acting yourself are two different things.

The story earned its place because it might help other writers learn to deal with the negative feedback they are bound to encounter. I chose to serve the reader.

And people respond to that story—they reach out and let me know it resonated with them.

In this seemingly one-way, black-and-white medium of a book, showing up as an imperfect human being makes makes a meaningful connection.

How do you show up in your writing?

Are you hiding behind an authorial voice, worried about showing up as an expert? Or does the reader get some sense of who you are and how you have struggled or failed? Every author must decide how much to show up in their writing.

Memoir writers have no choice—they are writing about their own experiences, and have to show up as real, or the memoir will be boring. But business writers, authors of prescriptive nonfiction (how-to), bloggers, journalists… most nonfiction authors face a conundrum.

How many of your own stories should you include? How much are you comfortable sharing? Which ones are wise to include?

Everyone will make different decisions, and that’s fine. But remember that writing is a form of human connection.

If you want to connect deeply with others, you must show up yourself.

A BookLife Prize critic recently weighed in on that most recent book, Get the Word Out. And in the critic’s report, they cited that story about the bad review, effectively defanging that first one in the best of all possible ways:

“At times when the author opens up with personal stories, such as sharing the pain of receiving a bad review, making that experience relatable, comical, and painfully human, the book moves beyond prescriptive nonfiction, and the reader receives not only information but connection.”

It’s all about making a connection, whether you’re writing or reading.

Will someone think less of me for sharing that terrible review? Perhaps. But that’s a small price to pay for connecting with readers.

Read the full BookLife Prize critic’s report for Get the Word Out.

Check out Get the Word Out 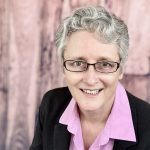