If you write about complicated topics, start listening to nonfiction podcasts—popular ones about science, the economy, or current events. The best podcasters know how to keep an audience’s attention while explaining abstract concepts.

Since the pandemic started, months, I’ve become a loyal, consistent listener of NPR’s Planet Money podcast. Why? Because it does an excellent job of explaining complicated topics in a fun and engaging way.

Recent episodes have covered topics such as:

On May 15, the Planet Money team shared their methods in their 1,000th episode. If you write nonfiction, you can learn a lot from this episode.

The Structure of a Planet Money Episode

The start of the podcast grabs your attention with a quick story or scenario.

The episodes often begin with the voice of a colorful or important character talking about the subject. It’s all about intriguing the listener, inciting curiosity about the content to follow.

Having captured your interest, the Planet Money team then lays the groundwork for what follows in a part they call the shoulder. Often, they deliver a brief history lesson to set a context. (Apparently, they harken back to the Great Depression quite often.)

They also introduce a key character at this point. For example, they might call on someone who is processing Paycheck Protection loans or someone who regularly trades crude oil futures. The story now has a human voice and dimension.

In the body of the episode, the explanation and exploration begins. As Sarah Gonzalez says in this episode:

You might notice one technique right there: adding a concrete example (housing price shifts) to an abstract category (things they have to explain). Concrete details make abstract concepts come alive.

As podcasters, they cannot show you graphics or charts. They rely on your sense of hearing alone. But they find creative ways to invoke other senses.

Once they hired an opera singer to “sing” a chart. I must find that episode!

Each episode concludes with some kind of reflection, often circling back to the voice from the top of the show.

What to Apply in Your Writing

The Planet Money podcast structure works well for a blog post. Start with a hook, lay the groundwork, then do the heavy lifting. Remember that your audience may be distracted: don’t go on for too long.

Beyond the structure, pay attention to how the podcasters talk about their subjects. The methods that work for listeners also apply to readers.

Each of these strategies earns a chapter in Writing to Be Understood: What Works and Why—the book I wrote about effective nonfiction writing. It’s cool to find that the strategies translate from the written word to audio.

(Use the form below to get a summary of all of the strategies from Writing to Be Understood.)

Listen to the entire 1000th episode of Planet Money. 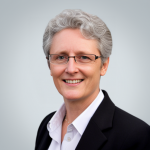