You are here: Home / Writing / Writing and the Imposter Syndrome 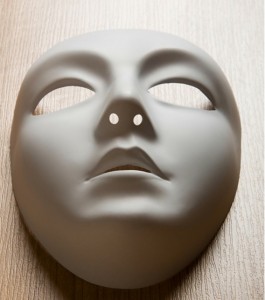 “I’m not a writer. I’ve been fooling myself and other people. I wish I were.”

If you have ever had these thoughts, you’re in good company. These words appear in the journals of John Steinbeck.

Yes, that Steinbeck – the one who won a Nobel Prize for literature.

He wrote this journal entry in late summer of 1938, while he was deep in the process of drafting the novel The Grapes of Wrath. That book would win the 1940 Pulitzer Prize and become part of the American literary canon. His journals from this period are published in the book Working Days: The Journals of The Grapes of Wrath

Yet even this luminary was subject to that common writer’s affliction: the Imposter Syndrome.

Despite the clinical name, the imposter syndrome isn’t really a condition; it’s a frame of mind. It happens when, despite evidence to the contrary, an accomplished individual feels like a fraud. And writers often suffer from it – even successful writers.

Steinbeck expressed it clearly: “I’ve been fooling myself and other people.”

Defending Against the Imposter Syndrome

It’s common, but not necessarily benign. The New York Times carried a wonderful article about on the topic by Carl Richards: Learning to Live with the Imposter Syndrome.

The imposter syndrome can keep you from taking action on your dreams or seize opportunities. It may be the voice telling you to quit when things are difficult. If you want to do something significant, requiring long-term effort, learn to resist it.

Writers benefit by connecting with others in the same boat. Learning that others experience occasional doubts can give you courage.

But the best defense for writers, of course, is the work. Write your 1000 words, or two pages, or whatever work you demand from yourself. Let your actions define you as a writer, someone who writes. Actions speak louder than voices in your head telling you that you’re not good enough.

If you approach writing with a growth mindset, you’ll recognize that the action of writing itself is a path of discovery and change. Keep writing, and you’ll improve and grow.

I’m inspired by Steinbeck’s diaries: not the doubts or complaints, but the way he wraps up nearly every prewriting diary session by summoning his willpower and getting to work. Here’s how he concludes the entry from the August 16, 1938, the same entry in which he declares that his is not a writer:

“I’ll try to go on with work now. Just a stint every day does it. I keep forgetting.”

Find more thoughts on the Imposter Syndrome in The Writer’s Process.

Watch my video on the topic.