You are here: Home / Writing / Fast, Fluid, and Fearless: Training your Freewriting 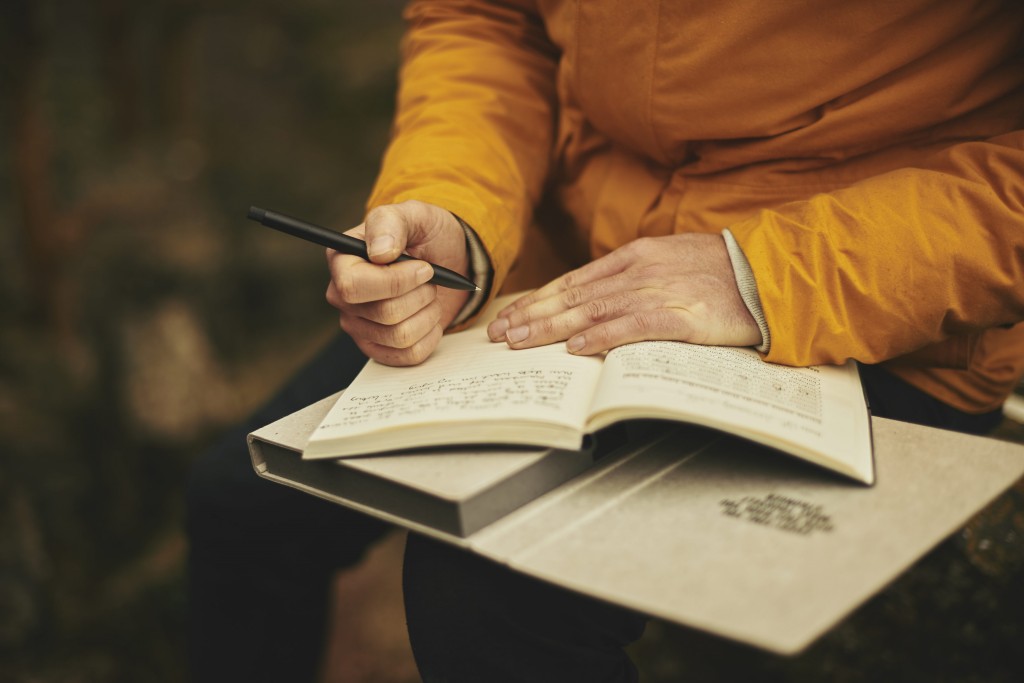 Freewriting fills a critical role in my personal writing process. By freewriting, I mean the act of writing about a topic quickly and fluidly, without stopping to censor or revise.

I use the technique to conduct “inner research” into what I already know (or want to find out) about a topic, and to prime the creative pump for future work. The words written in a freewriting session rarely see the light of day.

The act of writing, without stopping to judge, prompts you to go both wide and deep on a subject. If you commit to a defined number of words or amount of time, you quickly exhaust the easy and obvious thoughts. When you dig deeper or think more widely, interesting things can happen.

Freewriting can also train your inner Muse and Scribe (the different mental processes involved with writing) to work together toward a common goal. In a sense, it’s a kind of practice session for achieving the state of flow.

But freewriting doesn’t come easily to everyone. Many of us struggle to silence the inner critic when writing. If the critic’s voice is loud and strong enough, it can stop the words from ever reaching the paper — even when we understand that we’re writing for ourselves alone.

There’s an App for That

In researching writing applications for The Writer’s Process, I came across The Most Dangerous Writing App. When using this application, the words you have written disappear if you pause for more than a few seconds. 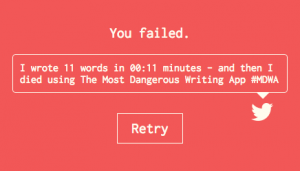 If you can make it to the end, you have the chance to download the text that you typed.

The premise reminds me of the movie Speed, in which the bus would blow up if the it slowed down. It makes for an exciting movie and an adrenaline-filled writing session.

Always the diligent researcher, I tried it out. I rarely have problems with fluid writing. I found my attention drifting, inexorably, toward the countdown timer whenever I paused to think. That presented a problem, as one of the defining characteristics of a state of flow is that you are unaware of the passing of time.

In hardcore mode, you cannot even see the words that you type. I never realized how much I aself-correct my typing, even in freewriting, until working in this mode.

I’ve since had the chance to interact with the app’s creator, Manuel Ebert, a self-described “ex-neuroscientist, data wrangler, designer, and engineer.”

According to Ebert, the application was designed to help people learn to write without the inner critic shutting them down. The idea of the application, he says, is to help people develop the skills of freewriting. Says Ebert, “MDWA is free writing on training wheels. It forces you to act as if you were in flow, and one of the things I heard from users over and over again is the more they use MDWA, the less they actually need it.”

He reports that the app is popular in the classroom settings. Parents of a child with ADHD have told Ebert that working with the application made a huge difference in their son’s ability to complete essays for homework.

Those stories have converted me. If you have trouble shutting down the inner critic in freewriting, or in general feel stumped getting words out of your brain and onto the paper, try using this app to train the process.

For more on the Muse and the Scribe, see Writing Fast and Slow.